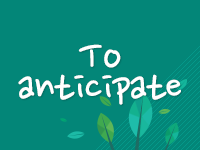 Only 52km away from Seoul, meeting with the sad marks of the reality of the division

The 3rd Tunnel was discovered in 1978 by Korean forces. It spans over 1635m in length, 2m in width, and 2m in height and is located 52km from Seoul. It is estimated that approximately 30,000 soldiers could move through the tunnel per hour. Once the tunnel was found, North Koreans insisted it was intentionally made by us to invade North Korea, but, their insistence was proven untrue as the explosions used to make the tunnel face southward. The tunnel offers various sightseeing points such as the DMZ Video room, symbolic sculptures, the souvenir shops and more. The cave can be explored only by walking. The DMZ Linked Tour program helps you to travel comfortably through the different safety destinations like Dorasan Station, Dora Observatory, and Imjingak.